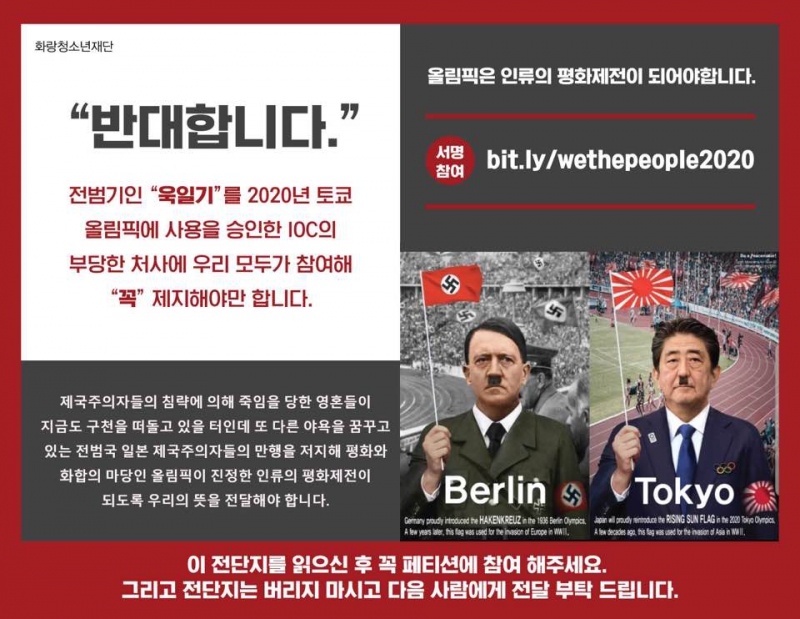 The Japanese government has announced the usage of the "Rising Sun" flag, originating from Imperialist Japan. To take action, the Hwarang Youth Foundation student volunteers have started a campaign to urge leaders to ban the usage of the hurtful flag.

Hwarang Youth Foundation will be posting and spreading information about the history of the flag and how community members can get involved to demand change.

The flyers have included that the Olympic is a meeting place of peace. It also includes pictures of the swatztika as well as Hitler and Prime Minister Abe to further reiterate the negative message of the flag.

There is also a We the People petition started on the White House petition site, asking the Tokyo Olympic to refrain from using the flag.

The Hwarang Youth Foundation volunteers will busily spread the infographics throughout the Los Angeles and Orange Counties to better inform and encourage citizens to participate in the movement.

Unfortunately, the numbers on the We the People website seem very low.

There can only be a White House response if there are at least 100,000 signatures by this coming 24th. 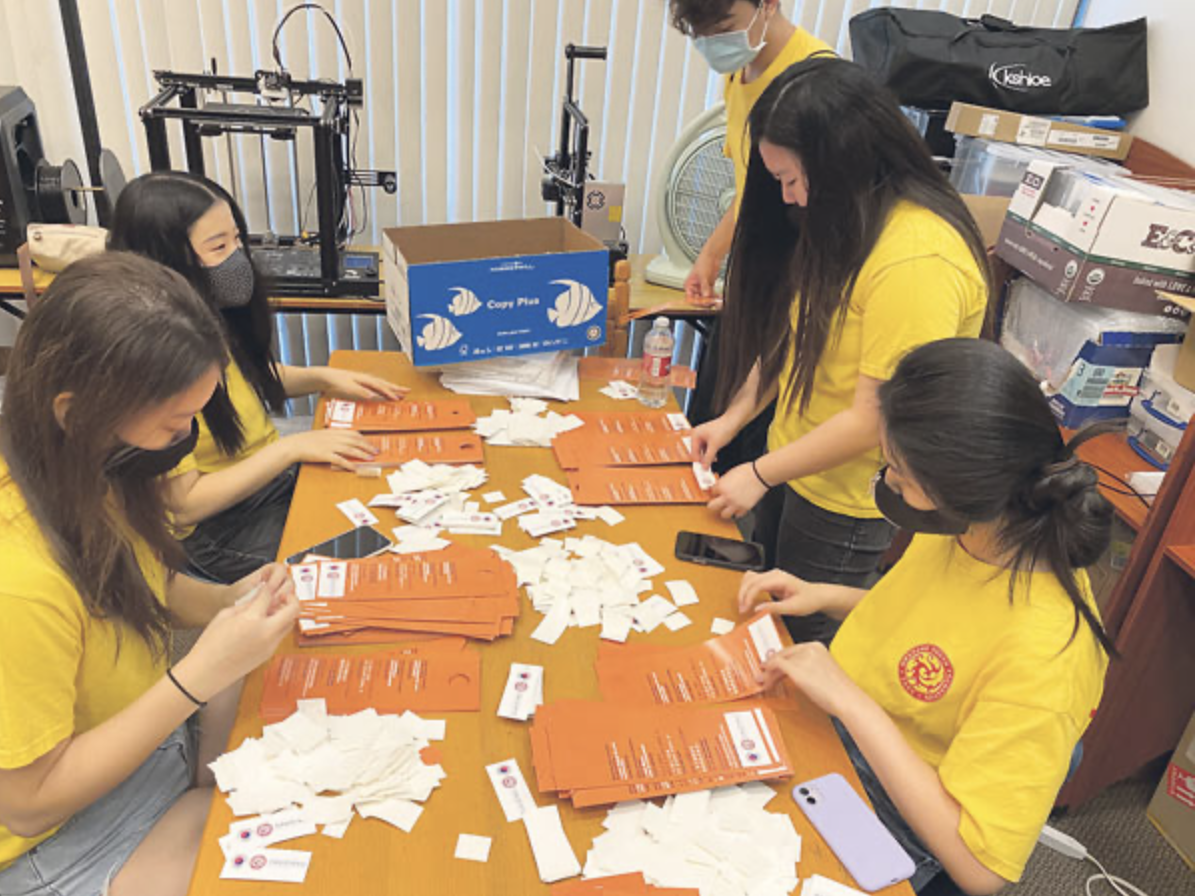 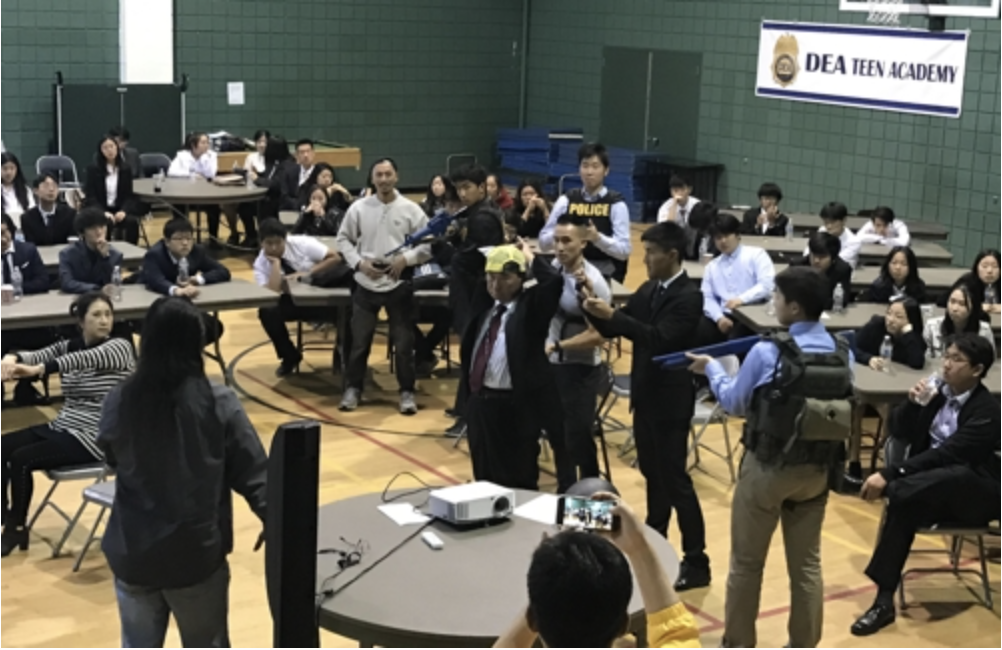